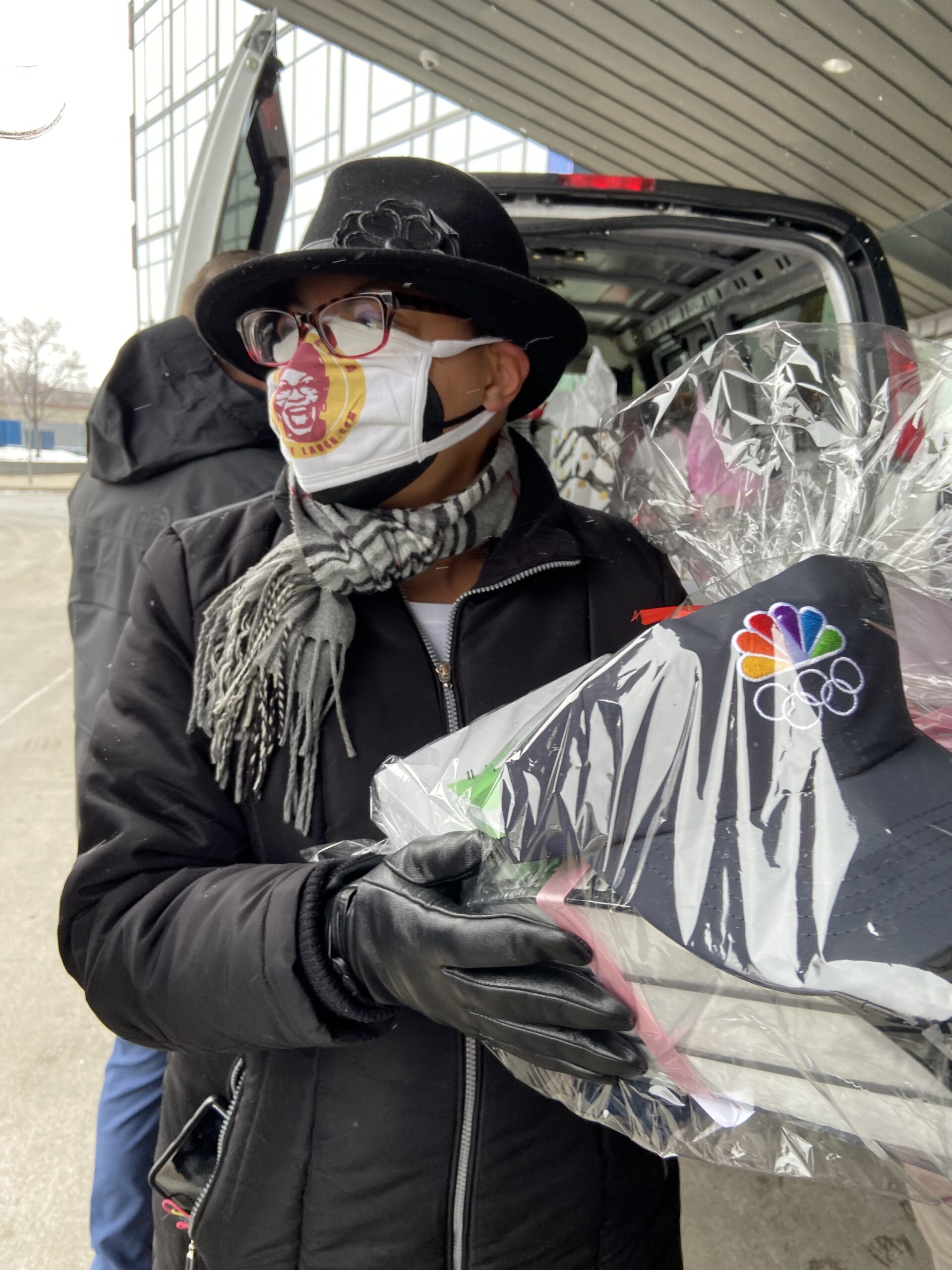 When Sheletta Brundidge, WCCO Radio host and creator of Shelatta Makes Me Laugh, reached out to Comcast about donating items to gift baskets for hospital workers who have been working nonstop during the pandemic at the M Health Fairview Masonic Children’s Hospital, of course we said yes!

“As soon as we heard about the gift baskets, we wanted to play a role in donating items,” said Kalyn Hove, Regional Senior Vice President of Comcast in the Twin Cities. “I love the impact that Sheletta and her team are making in the community.”

With the Winter Games beginning on Friday, February 4, Comcast provided a variety of TEAM USA branded items including mittens and baseball caps. These items were given  to over 100 hospital workers including nurses, doctors, janitors and staff.

“When we first decided to give away gift baskets we only had enough for 20 baskets,” said Sheletta, “but with the help from Comcast and other sponsors donating goodies we were able to give 100 baskets away.”

November is Native American Heritage Month, and Comcast NBCUniversal is recognizing the diverse cultures, traditions, and contributions of Indigenous … END_OF_DOCUMENT_TOKEN_TO_BE_REPLACED 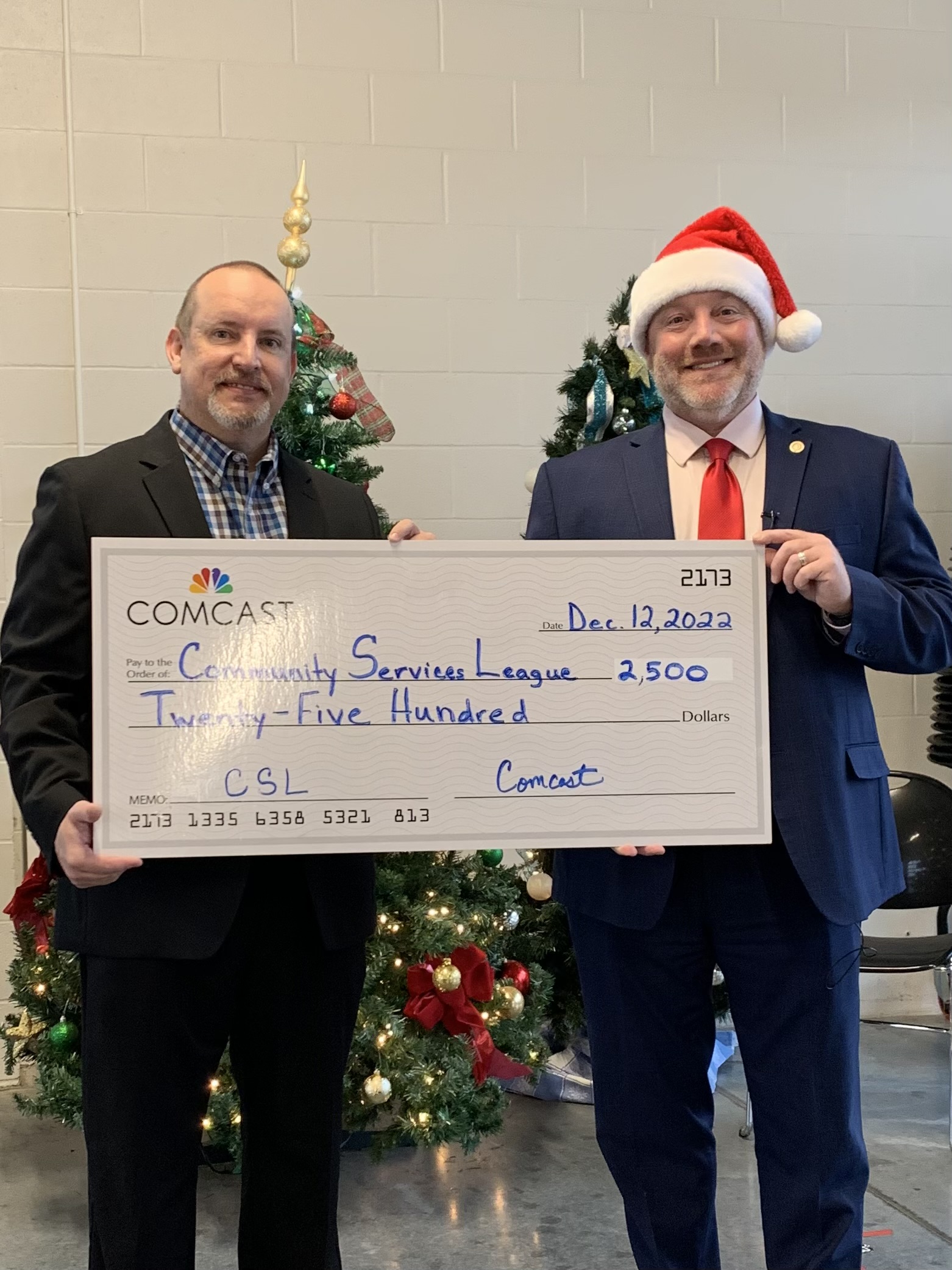 Comcast has been a proud sponsor of the Community Services League (CSL), located in Independence, Missouri for nearly a decade. Earlier this week, Comcast … END_OF_DOCUMENT_TOKEN_TO_BE_REPLACED 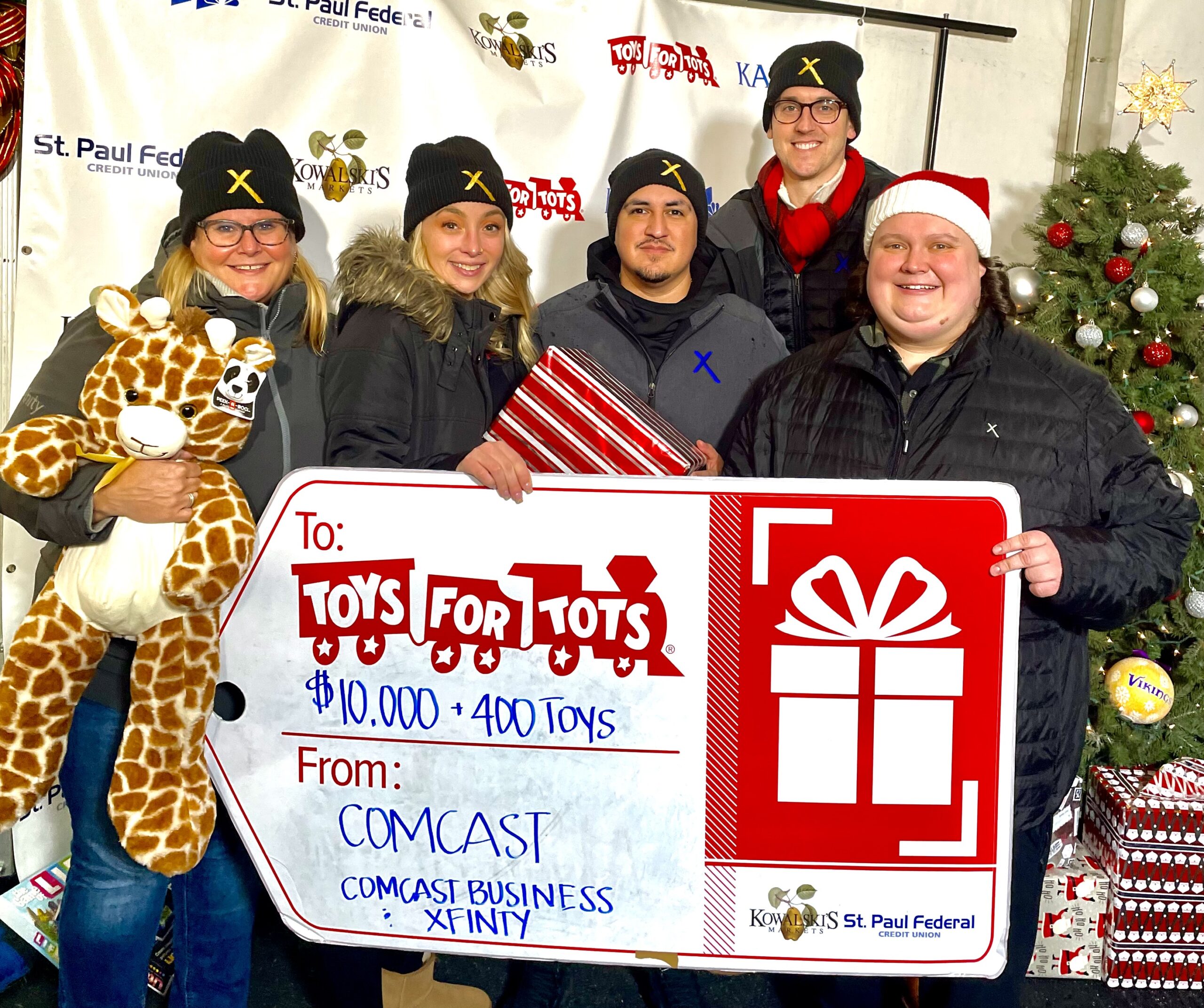 The holidays are a time for giving and the spirit of the holidays is also about giving to those in need. For the second time, Comcast participated in the annual … END_OF_DOCUMENT_TOKEN_TO_BE_REPLACED 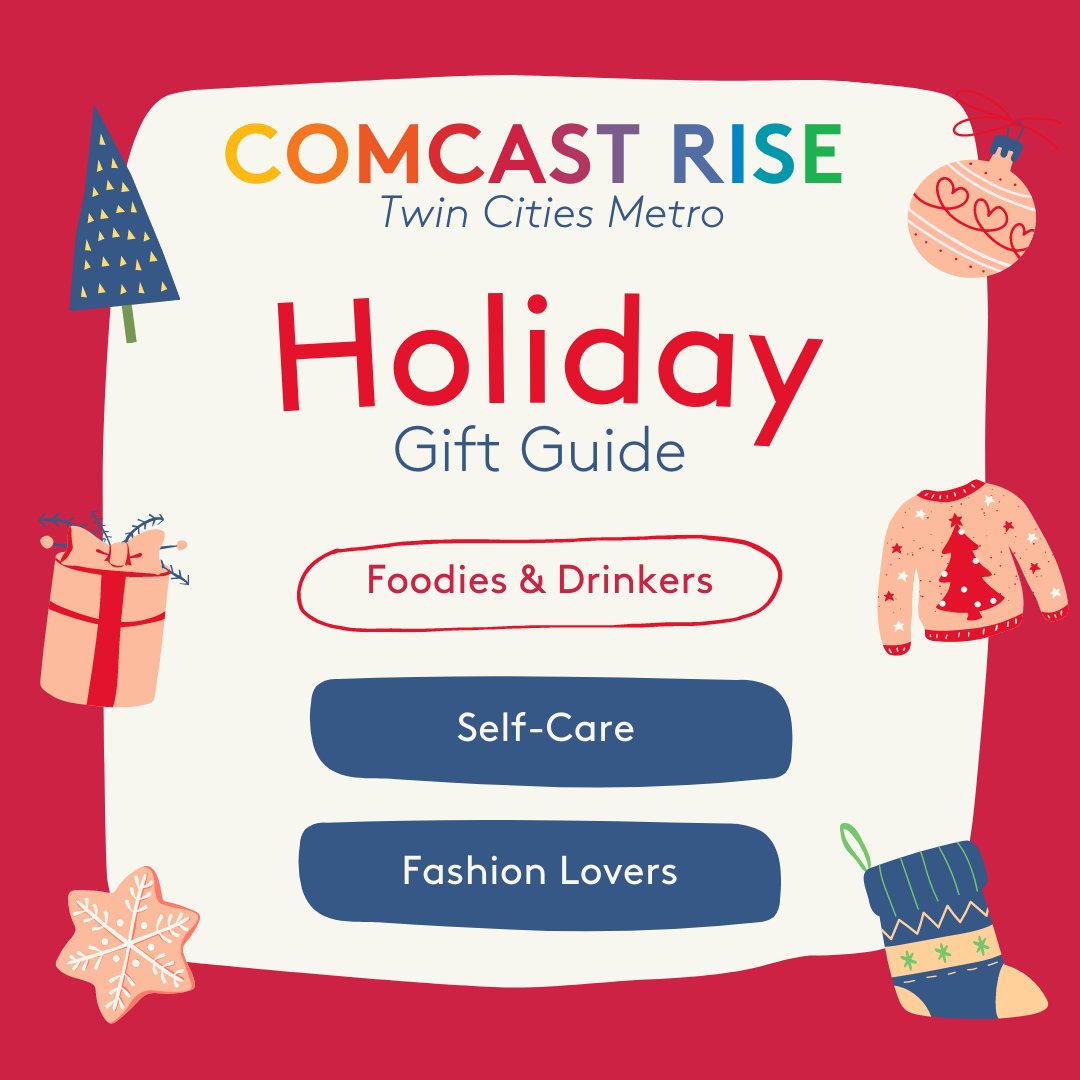 Looking to shop local this holiday season? We have so many great small businesses, and recent Comcast RISE recipients, here in Minnesota, that we decided to put … END_OF_DOCUMENT_TOKEN_TO_BE_REPLACED

This website uses cookies to improve your experience while you navigate through the website. Out of these, the cookies that are categorized as necessary are stored on your browser as they are essential for the working of basic functionalities of the website. We also use third-party cookies that help us analyze and understand how you use this website. These cookies will be stored in your browser only with your consent. You also have the option to opt-out of these cookies. But opting out of some of these cookies may affect your browsing experience.
Necessary Always Enabled
Necessary cookies are absolutely essential for the website to function properly. These cookies ensure basic functionalities and security features of the website, anonymously.
Functional
Functional cookies help to perform certain functionalities like sharing the content of the website on social media platforms, collect feedbacks, and other third-party features.
Performance
Performance cookies are used to understand and analyze the key performance indexes of the website which helps in delivering a better user experience for the visitors.
Analytics
Analytical cookies are used to understand how visitors interact with the website. These cookies help provide information on metrics the number of visitors, bounce rate, traffic source, etc.
Advertisement
Advertisement cookies are used to provide visitors with relevant ads and marketing campaigns. These cookies track visitors across websites and collect information to provide customized ads.
Others
Other uncategorized cookies are those that are being analyzed and have not been classified into a category as yet.
SAVE & ACCEPT
Powered by